Lion Nadja was MD22 Administrative Assistant in 2008-2009. She has participated in all levels of leadership training including Emerging Lions Institute, Advanced Lions Leadership Institute, and Faculty Development Institute.

Lion Nadja began her 40-year nursing career as an LPN. She continued her education receiving BS & MS degrees in Nursing. She has worked in the areas of HIV/AIDS, State Penitentiary-Death Row, Schizophrenic Transition House, End of life Care Neurosurgery, Bariatric, Medical Surgical, and Nursing Management.  She recently retired from the position of Case Manager at Chambersburg Hospital.

Lion Nadja retired as Deacon at Lower Marsh Creek Presbyterian Church in January 2020 and currently sits on the Mission Committee. She has been married to Past Council Chair Robert Muchow for 17 years and they have four sons and four grandchildren.

First Vice District Governor Jeremy Bair joined the greater Carroll Lions Club as a charter member in 2005. He is a third generation Lion enjoying generational Lionism with his father Emerson Bair, brother Mike Bair and continuing the family message of service started by his grandfather Scott S. Bair Sr., charter president of the Westminster Lions Club and first ever LCI Gold Life Member recipient. 1st VDG Jeremy has served as 3-time club president, 3-time club secretary and sponsor over a dozen members in 22W.  At the District Level, he has been Zone Chair, NAMI New member Chair and Regional IV Chair.  He plans to promote generational Lionism and youth in service as he is slated to be the youngest District Governor in 25 years.

Second Vice District Governor Susan Cox has been a member of the Terra Rubra Lions for seventeen years. Lion Susan has served Multiple District 22 as the Global Service Team Coordinator, and most recently as the Service Project Chairperson for Multiple District 22 Lions Centennial Celebration. She has served District 22W as Cabinet Secretary, Global Service Team Coordinator and Zone Chair. Susan has served her club twice as Third, Second, and First Vice-President 100% President and has chaired and co-chaired numerous committees. She also guided her club through the Club Excellence Process (CEP) during her first presidential year. Currently she serves as her club’s Service Chair and is a member of the board of directors. Lion Susan is a Progressive Melvin Jones Fellow.  In her community she chairs Community Partners; a group of local churches organized to assist families in need.

CS Sara McCall has been a member of the Chewsville Lions Club since November 2019, having been sponsored by PDG Margarita Ochoa. During her Lion years, she has served as co-secretary since July 2020. She received the Club Secretary Award both years. Being a member of a newly formed club, she has served on most club projects and contributed in developing new ideas for the clubs future.

Outside of Lions, Sara is active in her church, Trinity Lutheran Church in Smithburg, Maryland Leadership Washington County and Vineyard Via de Cristo. In her 24 years with Vineyard Via de Cristo, Sara has served in many capacities including Assistant Lay Director and Palanca Coordinator.

Sara spent over 10 years in banking before settling into accounting. Sara began working in the Non-Profit community at the ARC of Washing County, Maryland in the Finance Department. While at the ARC of Washington County, Sara earned a Master Degree in Accounting concentrating in Government/Non-Profit accounting.  Sara is now the Business Manager for Washington County Free Library in Hagerstown, MD. 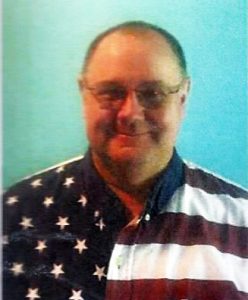 CT Doug Favorite has been a member of the Thurmont Lions Club for 26 years.  During his Lion years, he has served on the club level as Treasurer (for many years) and President in 2000-01. He has been chairperson of numerous committees, chief among those serving as Co-Chair for the Food Fundraisers for 20 years He was named Lion of the year in 2007 for the club. Lion Doug is active in most of the club’s activities and is a Lion to be relied upon when anything is needed.

He was District Newsletter Editor and more recently he served as Chair of the American Heritage, Preservation & Patriotism Essay Contest for three years having been the winner of the contest on the Lions level for multiple years before that  CT Doug has been awarded a Melvin Jones Fellow, a Progressive Melvin Jones Fellow, International President’s Certificate of Appreciation in 2004 and an Arnall Patz Award.  He is a Life Member of Lions Club International – an honor given to him by his club members.

Outside of Lions, Doug is active with the Sons of the American revolution Sgt Lawrence Everhart Chapter and has served as Treasurer for many years and President of the chapter as well.  He also served at the Maryland State President of the SAR in 2014.

Doug is a Supervisor of the Tech Support Department for Frederick County Schools.

PCS Susan Favorite has been a member of the Thurmont Lions Club for 25 years, having been sponsored by her brother Lion Doug Favorite in July 1997. During her Lion years, she has served on the club level as Treasurer, Secretary and President, 2 times, as well as Chairperson of numerous committees.  She has been Lion of the Year for the club twice (in 2001 and 2006).

She served as Cabinet Secretary for PDG Paul Cannada in 2012 – 2013, IPDG Charles Croft (2021 – 2022) and Cabinet Treasurer for PDG Gerry Beachy in 2018 – 2019. She is a two-time progressive Melvin Jones Fellow; recipient of the International President’s Certificate of Appreciation in 2004 and the Presidential Medal in 2010 and 2019.  Susan won the Multiple District Lions Speak Off in May 2000 with a speech about her grandfather.

Outside of Lions, Susan is active in her church, Our Lady of Mount Carmel Catholic Church, in Thurmont and is a member of the Thurmont Senior Citizens Board of Directors.

After a 30-year career in banking, Susan is the Chief Financial Officer for Specialized Engineering, a construction materials testing & inspection company, in Frederick MD.